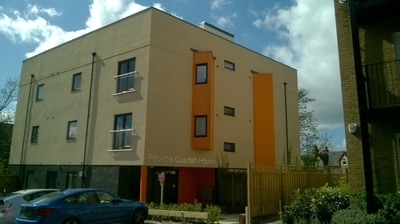 News
05/04/201729/05/2019
Posted By: rda_admin 0 Comment
On Friday 31 March 2017, Robert Dimmick (chair of the RDA) attended the official opening of Phoebe Cusden House by the Mayor, Cllr Mohammed Ayub.  The house is a small Council-owned development of flats for people who can live largely independently, but require on-site support.  It has been built and finished to a high quality, and it is a very fitting reminder of Phoebe Cusden the founder of the Reading Düsseldorf connection.

Among those present were Phoebe’s grandson Richard Thom and granddaughter Kathleen Day, and the lead councillor for housing, Richard Davies.  A short speech was given by Councillor Rachel Eden, lead councillor for adult social care, who referred to Phoebe’s service to the people of Reading, mentioning her involvement in creating the Reading-Düsseldorf link and our 70th anniversary.

The pictures show a general view of the building, Richard and Kathleen in front of it, and Rachel Eden giving her speech. 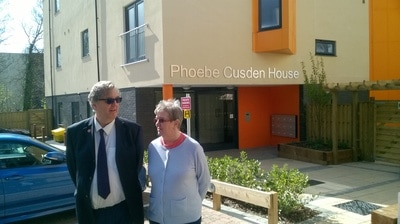 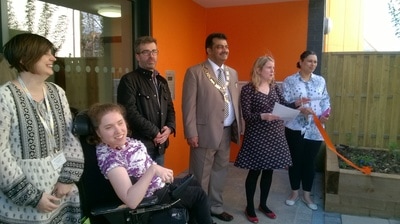